In the hours before Belclasico I got the permission to explore The Oval on my own. This piece of magnificent football culture was on my bucket list for a long time. Especially in the UK authentic stadiums are very hard to find. The majority is already renovated, rebuild or replaced by modern stadiums. The Oval is just unique with its great terraces and asymmetric grandstand taking the center of the pitch. Besides that, the grandstand gives you an amazing view over Belfast, its harbour cranes and the hills around the city. For football romanticists like me The Oval is like Walhalla!

The Oval was build in 1892 and is owned by Glentoran FC. In 1941 the Oval was bombed in the Belfast blitz, destroying both grandstands and leaving a crater in the pitch. As a result, the ground was flooded repeatedly by the Connswater River. The water pumps were insufficient to drain the pitch. Eventually the stadium was rebuild and in 1953 the current main grandstand was opened. In 2000 the stadium had a small renovation. The railway stand was turned into a 1600-seater. However the stadium has a formal capacity of 26.556, the official UEFA regulations only allow 3.000 spectators (seating areas) and the Northern Ireland Assembly has determined that the stadium is not safe for large crowds. During national matches the maximum capacity is set on 6.050 spectators.

One of the particularities of the main stand are the wooden seats of the “directors box”. They are mounted on beautiful steel brackets. Simply an amazing detail, pure antique. Other interesting aspect is the small bunker behind the terraces. Used in World War 2 to watch over the harbour.

Since the 70s football in Northern Ireland collapsed due to the conflicts between the Protestants and Catholics. People were affraid to show themselves on the streets, let alone going to a football match in other parts of the city. The attendance numbers of football matches decreased rapidly and football in Northern Ireland became not interesting anymore. The majority of football fans support a Premier League club in England and some support a local club on the side.

For Glentoran FC the stadium is a huge problem. It is a liability preventing them from development into the future. It has no commercial possibilities, plus there is simply no money to change things. At first, the idea was to move into a new stadium on an other location. Unfortunately the gouvernment is not able to give the necessary financial support. Also private investors are not interested in putting money into a new stadium.

The idea changed into redevelopment on its current location. Turn the pitch 90 degrees and build two new stands on both sides of the pitch. Still the lack of sufficient funds prevent Glentoran FC from redeveloping the ground. The future is very uncertain. The clubs expects to play in The Oval as it is today for at least three more years, but it can easily be for ten years to come. So our football Walhalla will remain for at least some years! 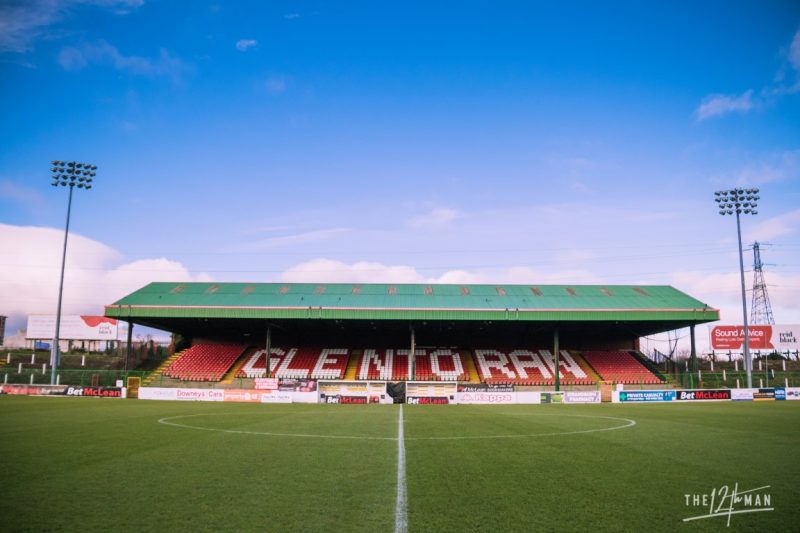 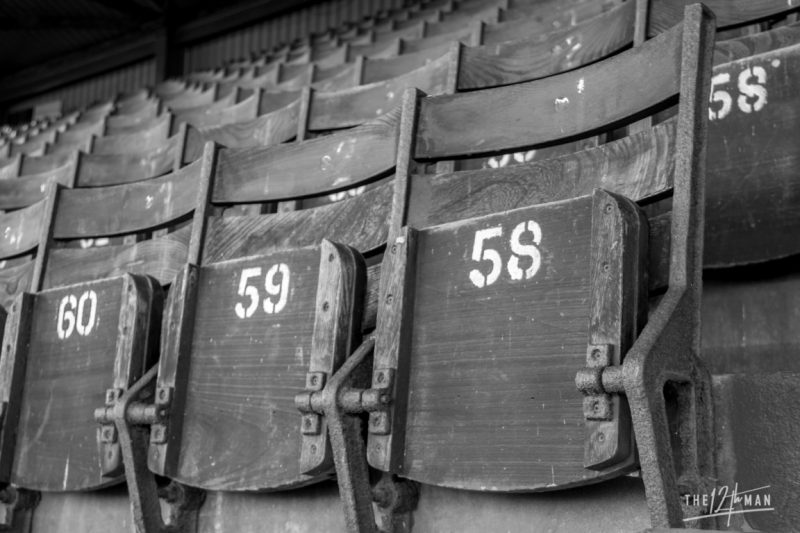 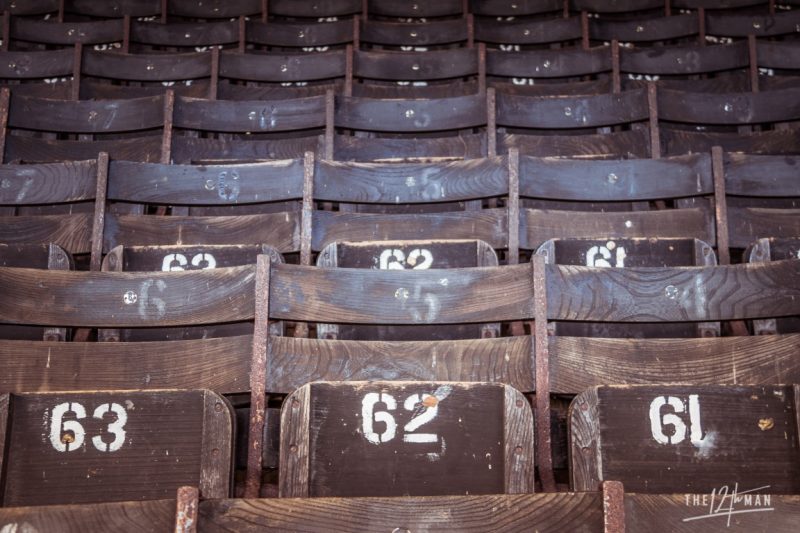 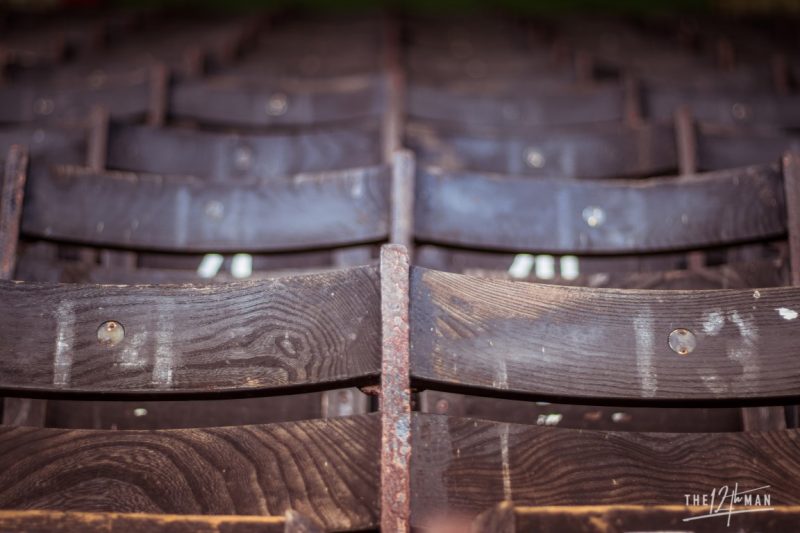 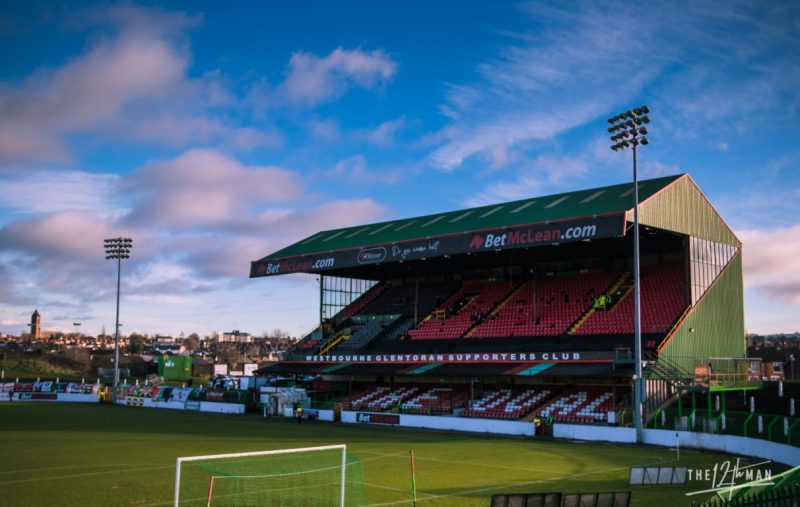 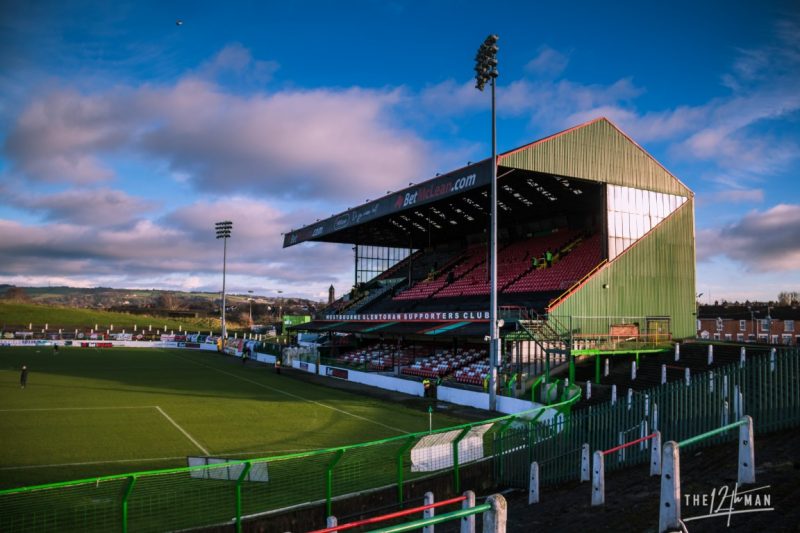