The Frankenderby is one the most played and oldest derby in Germany with over 250 matches between SpVgg Greuther Fürth and 1. FC Nürnberg. Its a neighbours’ quarrel with a fierce rivalry. They hate each other to their bones. I could feel it from the moment I stepped into the Trolli Arena (which was named Playmobil-Stadion between 1997 en 2010…who came up with that idea?). Two hours before kick-off there was nobody inside the stadium besides both ultra groups who immediately went for a (verbal) confrontation. Some Nürnberg lads climbed out of the away section to pay the home section a visit, but security prevented a fight between both sides. We were off, it is derby day!

I had also tickets close to the away section. And the more people walked into the stadion, the more I noticed that a lot of Nürnberg fans had also tickets around me in the home section. Some with neutral clothing, others clearly showing the colours of Der Club. More important, they were present, loud and proud. It amazed me, because of their rivalry and the fact that it was very difficult to get tickets. Well, if this happened in The Netherlands, authorities would immediately get a stroke. In Germany it is accepted, which resulted in a great derby atmosphere created by both sides.

The Kleeblätter did not had a good start of the season. Just 4 points out of 7 games finding them on the relegation spots of the table. Nürnberg is doing much better. Winning the derby and they will take second place in the 2. Bundesliga. Despite the fact that there is a long way to go, already there is so much to play for. But today, only one thing counts, Die nummer 1 in Franken, clearly stated in the away section. Also the message at the green and white side was very clear, scarfs saying Derbysieg! Only victory counts. 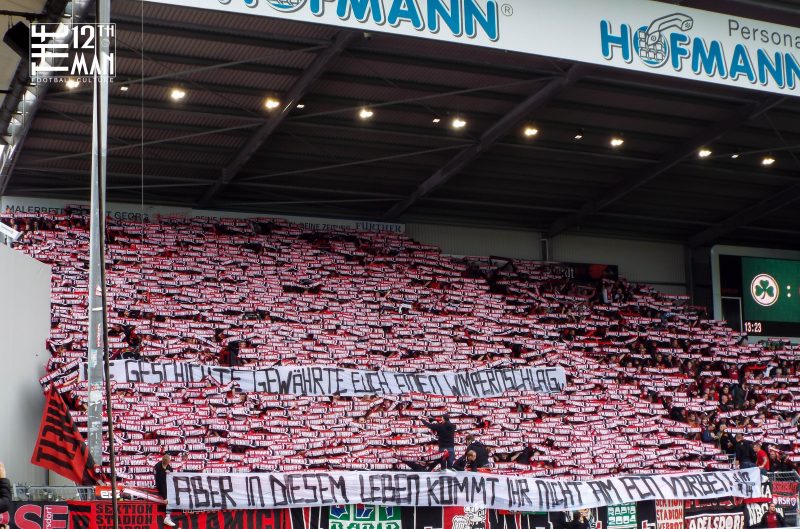 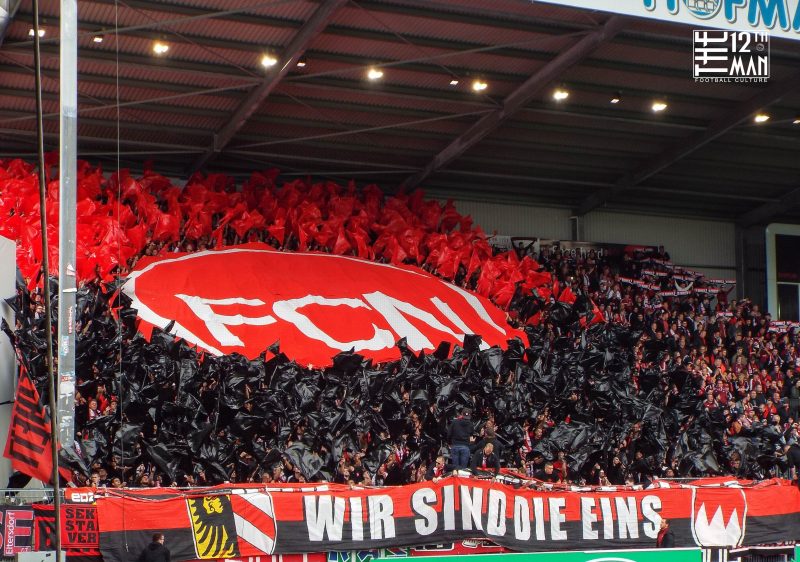 Nürnberg started furiously. First they hit the post, but after nine minutes a goal by Ishak. The away section and parts of the home section exploded. The home team has no answer whatsoever, despite several corner kicks. They are lucky Nürnberg forgets to seal the deal before halftime, indeed SpVgg almost equalized with a beautiful shot from outside the box.

The entire first half I was rejoicing myself getting a brötgen bratwurst. Every football romanticist who visits Germany now and then knows exactly what I mean. It’s no haute cuisine, but so good! But, Greuther Fürth is not that good in organizing fast catering. Only two selling points for the entire stand. So waiting the full halftime period while having the smell of good food in your nose is just torture.

Second half had slow start. I expected the home team to go full throttle, but they were more busy making awful mistakes. This eventually resulted in the 0-2 by Teuchert. Apparently the derby was done. There was also no faith left at the home fans. But out of nothing, SpVgg got an easy penalty as their striker is floored by the goalkeeper. The Anschlusstreffer! A complete twist in the game. The faith is back and SpVgg is in full attack mode. Nürnberg is saved by their goalie more than ones. Miraculously no equalizer, but in extra time Nürnberg puts in the decider and is derbysieger in Frankenderby!

more pictures of the Frankenderby can be found here! 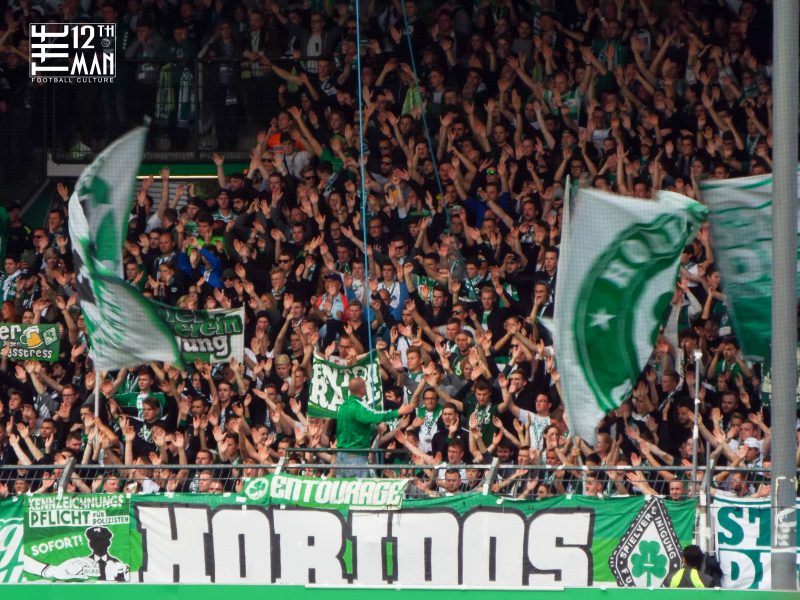 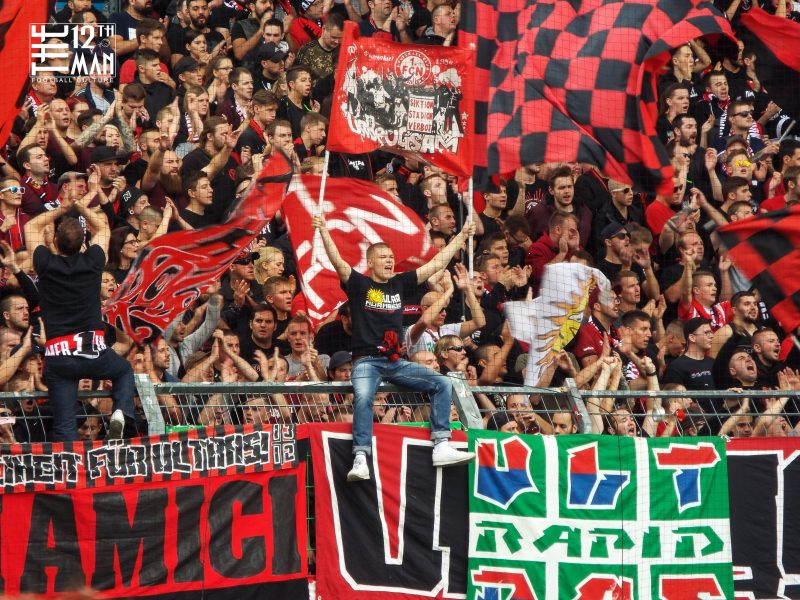 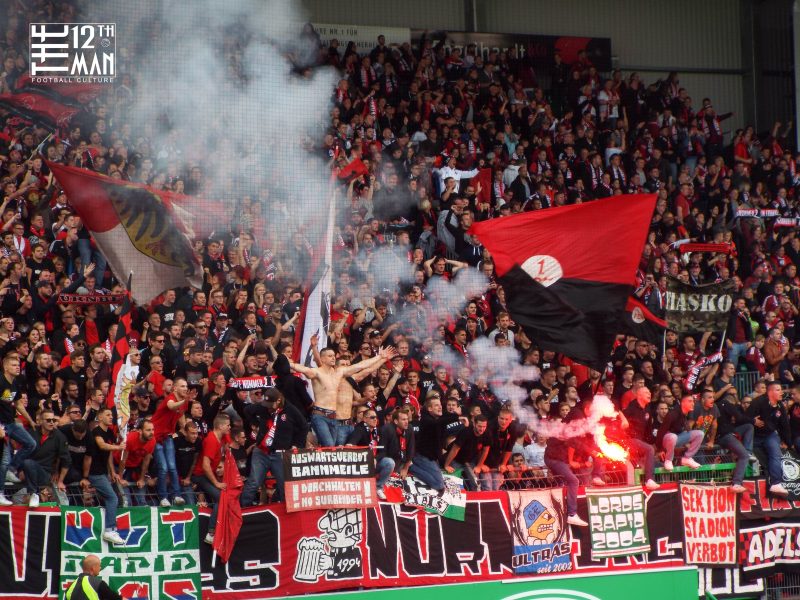 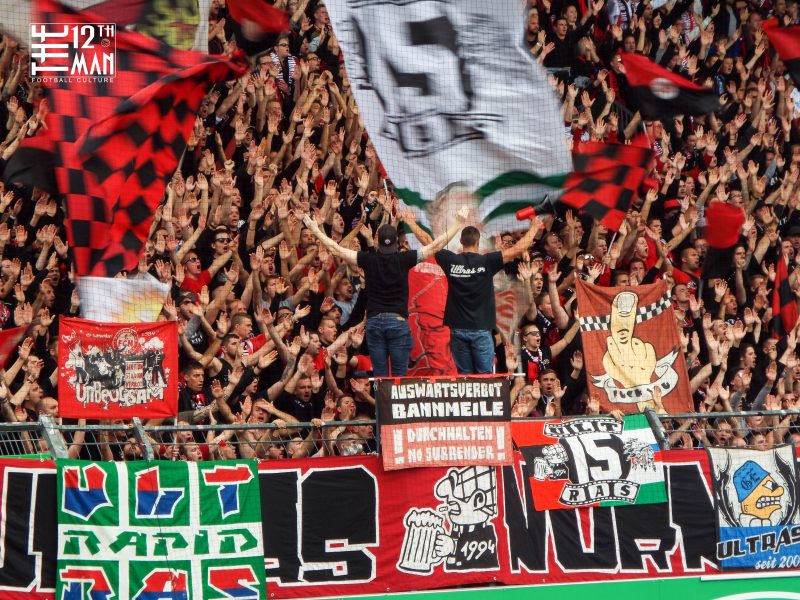 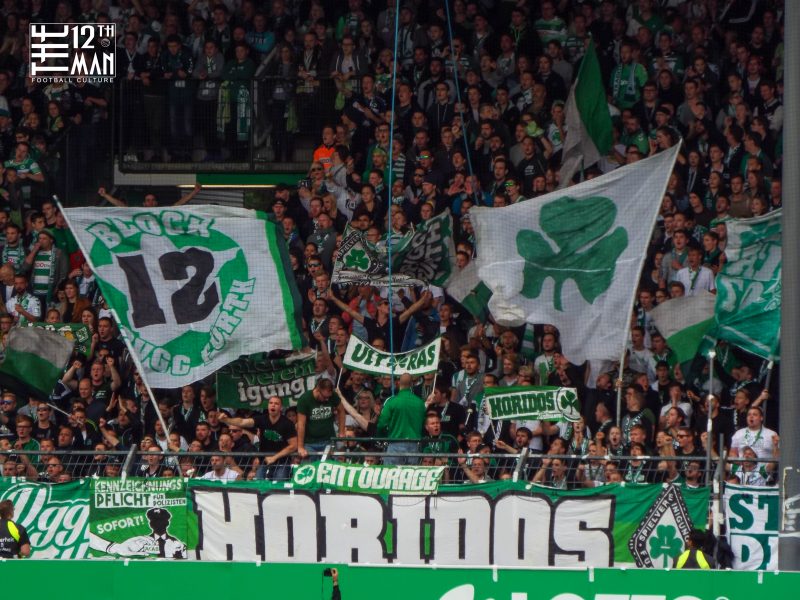