“Hearts are going down, going down…”. The away end increases the misery of the home crowd. Another beating. It keeps going down hill for Heart of Midlothian FC. Relegation is coming closer by the week. Earlier this season they were able to beat Hibs at Easter Road. This time no chance against their rivals. The tragedy of the Edinburgh Derby.

Only two victories this season so far for The Maroons. Since the beginning of November they hardly score goals. They played European football a couple of seasons ago. For years a secure place in the league. But this season the supporters must fear going back to the Championship. An almost empty stadium minutes before the final whistle says it all. It’s going to be a tough journey the next couple of months.

An early kick off today at 12.30 hrs. Just a precaution. Authorities don’t want people to enter the stadium completely wasted. The majority I mean. It doesn’t take long for me to spot the first utterly drunk person to walk by. It’s not even noon yet. The loyalty of the supporters is admirable. The stadium is sold out despite the bad results. They have confidence in a good result today. Hibs were beaten at their own ground earlier this season.

But all hope is going down the drain fast. After six minutes the away end explodes. Bad defending gives the Hibernian striker the opportunity to volley it in. Hearts is struggling. After half an hour the derby is finished. Another dramatic play puts the striker eye in eye with the goalkeeper and gives him no chance, 0-2. What a day for Hibs. The away fans already celebrate the victory continuously teasing the home crowd.

The second half Hearts is trying, but they are unlucky when it comes to finishing. Their supporters are slowly leaving the stadium. They are giving up, at least for today. 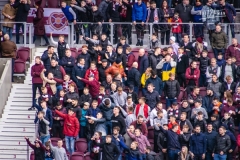 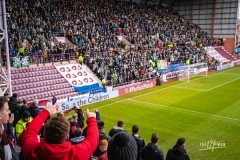 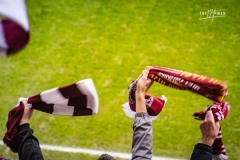 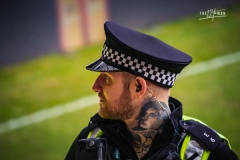 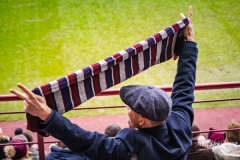 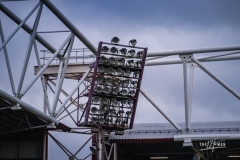 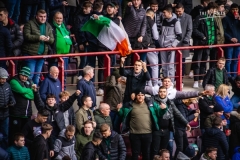 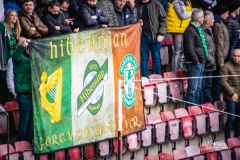 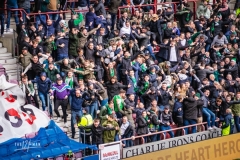 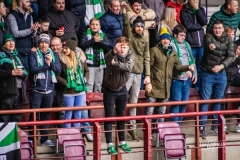 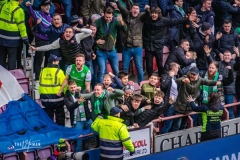 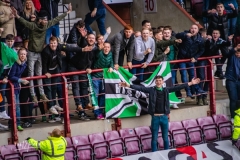 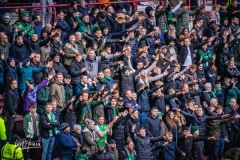 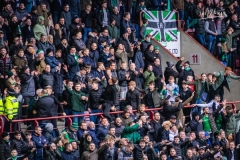 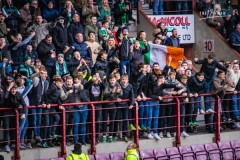 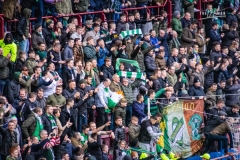 Read also: “The Old Firm: Rangers are back!”

Ceferin of @UEFAcom, what a joke! A disgrace for football, same as those who invented #SuperLeague - all greedy bastards craving for more and more money whole destroying #football - the (new) #UCL is the same disgraceful BS as that Super League

Tonight the Belgrade Derby was played...but the de

As we speak the Frankenderby is played. Greuther F

On this day, last year. The match which turned out