Tomorrow my new football season will start. Finally back to the stands. My football agenda is already filled until the end of the season. But I owe still a throwback on the final phase of last season. Where April wasn’t that excited, May offered me the opportunity to cross off two of by bucketlist destinations: Lisbon and Dublin.

The city of 7 hills

It had been a while since my girlfriend and I went on a trip together. As Lisbon was on both our bucket lists, it was the right opportunity to combine leisure with a proper amount of football passion: the weekend of Derby de Lisboa.

Both Sporting as Benfica had almost everything to play for, except the Championship. An extra impuls for the eternal rivals. Os Leões and O Glorioso fight each other already since the early 20th century. Two of the most succesful clubs in Portugese history.

In general Portugese football is not that excited, but the derby is different story. The peoples club versus the elite. Arriving at the stadium you could feel the tension. It was do or die for this season today. Winning or a 0-0 draw was in favour of Sporting. Any other outcome was in favour of Benfica.

Before the match the four ultra groups op Sporting had proper tifo and pyro. During the match the entire stadium was on fire. A great atmosphere. Despite the lack of goals, I have barely experienced better matches when it comes to passion. Eventually the derby ended in a draw without goals. So a small party at Sporting side.

Unfortunately Sporting lost the last match of the season, which resulted in Benfica taking second place. For that reason Sporting hooligans attacked their own players. This influenced their performance during the cup final as well, which Verde-e-Brancos lost as well. 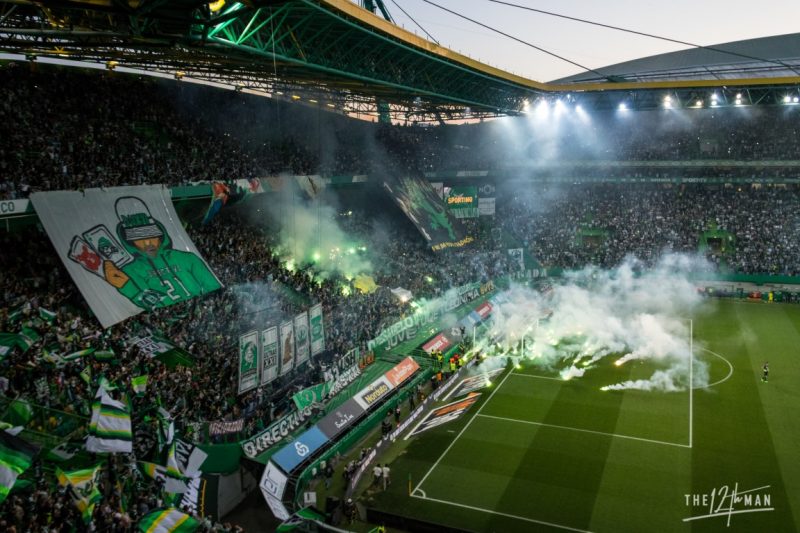 I had to visit Dublin for two reasons: Dalymount Park and the derby. Luckily these can be together in one match exprience, although not for long anymore. Dalymount is planned to be rebuild into a modern variant. These are the last years of The Home of Irish Football, its unique terraces and old floodlights from Highbury.

Before the match I was spending a lot of time on the closed terraces behind the goal. Photographing the stadium from every angle. It has beauty in every aspect, but sometimes you must be creative to capture these. Eventually a steward had to get me off, as during the match it is forbidden to be on the closed stands.

Although it is a relatively small derby, the rivalry is quite intense. Both sides, Bohemian and Shamrock, hate each other’s guts very much often resulting in clashing between the hardcore supporters. This derby the same resulting in brilliant oldschool rivalry on the stands. Flipping fingers, swearing and the typical “come on then you wanker” could be seen and heared many times.

Despite the fact both teams struggle instead of playing for trophies, the rivalry is as intense as always. Hopefully that rivalry will remain as Dalymount in its current state will dissapear on short notice. 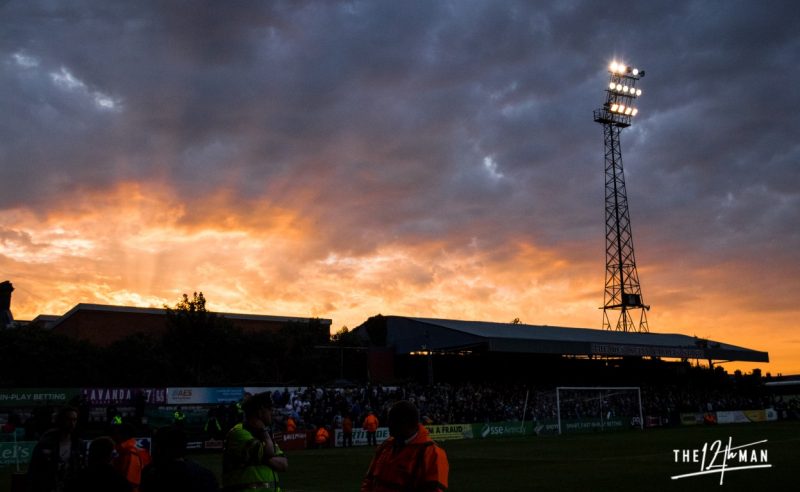 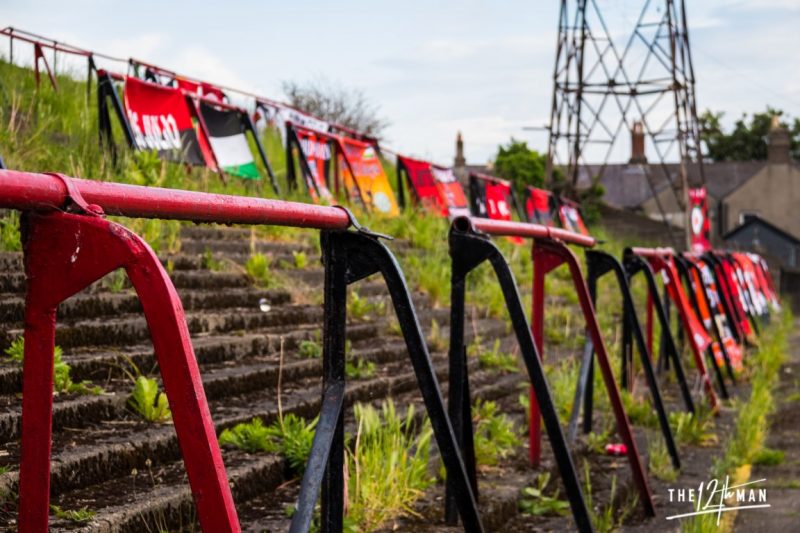 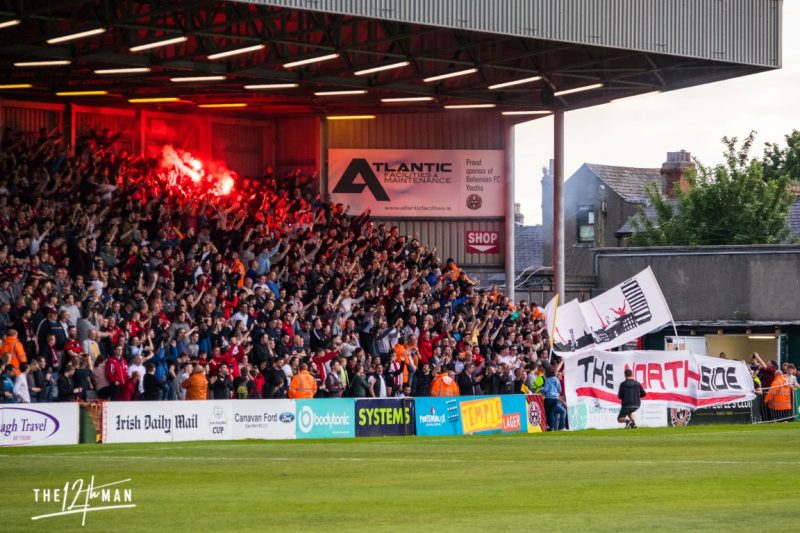